National Bike Month in the Time of COVID-19


Right now its nice to be healthy and not completely shack-happy. Many are out of jobs or otherwise in rough shape. So its a tough time to celebrate anything, including National Bike Month which to many riders is an exercise in gleeful self-indulgence rather than a serious commitment to sustainability and fair transportation policy.

Here in Santa Fe, we have abandoned mass efforts in favor of individual celebrations. Here is one link to what is going on if you have not found it already. Santa Fe Bicyclists Forge Ahead with Bike Month Celebration

Be that as it may, as William DeVaughn would say, be thankful for what you've got. At least for the moment, most of us still have our health. In Santa Fe we have trails and quiet roads. Be safe and stay healthy out there. This is not the time for careless abandon of social distancing or taking  "hold my beer" risks out on the roads and trails. As someone on the Los Alamos bike list said yesterday with regard to the virtual time trials being held up there and with folks recording results on Strava, put your maximal effort into the uphill sections rather than risking a high speed, fates to the wind, downhill crash. The last place you want to be visiting is an ER. The hospitals are busy enough without you or me showing up with a broken collarbone. I generally avoid the LaTierra trails labelled "Technical: use at your own risk" as some are pretty sketchy for an old klutz.

Weekdays are better days to explore the more popular trails as at least some users are apt to be working from home or still on the job. If you can break away from the home office during the week, do so. I did an abbreviated Rail Trail ride on Sunday but it was busy, so I aborted it. Monday was much quieter, so I took the full ride to the end of the improved trail at Spur Ranch Road in Eldorado (and a tip of the helmet to the city and county for the nice extension of the improved trail). Weekdays seem best for LaTierra Trails but on this most recent Sunday afternoon (this added later), they were pretty quiet.


And to close, musically...

Go Ride Yer Bike on May Day! You Have Nothing to Drop But Your Chains!

Of course, May Day (which is to some folks Labor Day) just happens to coincide with the first day of National Bike Month


John Forester checked out of this life on about 14 April and is now riding in The Hereafter. A last interview with John by Peter Flax, done last year, has been reprinted from Medium to Bicycling Magazine.  I'll provide both links to be fair.

Depending on one's point of view, one knew (and either loved or loathed) Mr Forester based on his Effective Cycling training program and book (I have a copy of the first edition as well as the sixth and files from an early draft of the seventh!) or his adamant opposition to separate facilities for cyclists. I'll stay out of that one for the most part except to say that I think John did cyclists a lot of good with his Effective Cycling training, at least for those who took it, and furthermore, the cadre of "vehicular cyclists" he nurtured ensured that lousy bikeway design would have a harsh spotlight aimed at it.I'll note also that the Effective Cycling pedagogy is the underlying basis for much of today's cycling training including the League of American Bicyclists' Smart Cycling programs and the independent CyclingSavvy.


Bikeways have come a long way since the seventies and eighties. Nowadays, bicycling in many locations is seen as essential for good urban traffic management and healthy living and less likely to be hammered in as a hideous afterthought. That doesn't mean cycling policies and infrastructure are optimal.

I got involved with bicycling advocacy in Honolulu in the early nineties when the city and state were willing to slap together facilities ranging from excellent to dreadful with few enforced standards. We fought tooth and nail to ensure cyclists were not confined to torturous "bicycling sidewalks" such as the one the City and County of Honolulu once built in Kailua. So as a cyclist since the late 1970's, I appreciated those who worked to ensure I would not be confined to second class status. Even today in progressive locations such as Santa Fe, one cannot get around town only on bikeways; one may not even have access to one without first riding on a road, so one must have equal, safe, and legal access to the roads. Not to mention, be competent to ride on the road.

And on that note we should all tip our hat to Mr. Forester for the training program he set up. A vehicular cyclist doesn't HAVE to mean an anti-bikeway cyclist. It means a cyclist who is competent and confident to ride where the cyclist needs to go on the available transportation resources provided to him or her, whether it be a roadway or a bikeway. A cyclist who does not feel as though he/she/whomever does not have a right to the road. A cyclist who has a keen eye for transportation engineering and knows good design from bad design, and can spot troublesome designs before, as John Schubert used to say, the moment of impact.

I learned about the video, "Planet of the Humans" by Jeffrey Gibbs and Michael Moore, and reviewed here in the Guardian, yesterday and watched it last night via Youtube. I'm not making any editorial comments pro or con since I don't know if anyone has fact checked all of the assertions, but it gives pause to how we think about the "environmental movement" today.

Link to the movie here. Warning, it is an hour and forty minutes long but since we are all home bound...it moves right along. Warning number two: you might want to have a stiff drink handy towards the end of the show.

So Happy Earth Day everyone, if that is in keeping with the present situation. I was around for the first one in 1970 (I was in tenth grade) when we permanently stained the water line on our little family 12 foot fishing boat from the toxic stew floating on the Buffalo River, and when soap suds floated prominently in Ellicott Creek near my parent's house east of Buffalo, NY. Being old gives one perspective on how much we have accomplished, but also how much we have ignored. The heavy pall of pollution from primitive gasoline driven cars and heavy industry is gone, but some of that is gone because like jobs, we have outsourced our dirty side of the house to other nations while ensuring cleaner air and water here with legal constraints and better technology. Now we worry about the invisible threat: CO2 and global warming. But as the movie makes clear, greenhouse gases are the tip of the (melting) iceberg. Rampant human growth and its resulting resource consumption are the elephants in the room.

I'll embed the movie, as long as I am not violating anything and assuming the Youtube lawyers do not object (in which case I'll just leave the links). But the link above is a larger screen back at the source.

Acknowledgements to Jeff Gibbs, Michael Moore, and Youtube for giving us something serious to think about as we pat ourselves on the asses for being forced into not driving or being able to buy tons of stuff on this fiftieth Earth Day. Maybe that is the solution.

Time, Distance, and Shielding: Its Not Just for Radiation Workers Any More 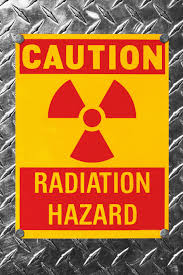 I worked for sixteen years in a so-called nuclear facility. So-called because we worked with radioactive nuclear material in sufficient quantities to require us to undergo serious levels of training and use the well-understood Holy Trinity of time, distance, and shielding to protect ourselves from harmful levels of exposure. That thinking applies easily to COVID-19.

Time matters. In radioactivity, unstable elements decay at a constant rate, i.e., the half life; at least for isotopes having half lives in months to millenia, the longer you are near a radioactive source, the more radiation you are going to absorb in a roughly linear time frame, all other things being equal. Think of it like lying out in the sun and eventually absorbing a sunburn. In the case of a virus, the source may be intermittent such as by virtue of a cough, sneeze, or wheeze, but the longer one is near a source, the more chances of being in the range of that sneeze.

Distance matters. Radiation falls off as distance squared (for most geometries) so getting twice as far from a point source such as a test tube decreases your rate of exposure by a factor of four. In the case of a virus emanating from an infected person, I don't know if distance squared strictly applies, but distance matters as the sneeze or cough will be diluted by the greater air volume (distance squared) and eventually fall to the ground if not wafted by winds. Six feet seems to be a rule of thumb for standing around in a checkout line. I would stay much farther than this from other bicyclists or runners rather than be drafting them and pick up their potentially lethal cooties. Especially in this time of rampant allergies. I rode through a countryside of pinon pine and juniper today and my nose did not like it. Fortunately as you can see below, no one was around to complain.

Shielding in a nuclear facility can be anything from a pair of gloves to stop easily stopped particles and bodily contamination to lead or hydrogenous barriers to diminish gamma radiation or neutrons. Shielding from COVID means masks and gloves. A simple mask may catch most of one's own sneeze. A HEPA or N95 mask will protect from other people's particles but these are in short supply and should be reserved for first responders. Kitchen gloves can work and if you can find or make a simple mask, that is important.

So time, distance, and shielding are your friends. Keep your exposure time to a minimum if people other than you and your loved ones are around. Go get your fresh air where there are few people around. If you have to interact, use a mask. If you have to use an urban trail, avoid peak hours of its use. Above all, ride prudently. This is not the time for a visit to the ER due to a careless endo, "hold my beer" stunt, besting your buddy's Strava on a descent, or texting while riding. Keep your situational awareness radar on 10/10.

I took an 18 mile ride west and north of town today. Passed nine walkers. Seven were on the other side facing traffic and two way off on a dirt shoulder. Passed seven cyclists headed in the oncoming direction on the other side of the street and had one turn from a side street about fifty yards ahead of me. He was a little slower than I, so I stopped to take the picture below, by which time he was long gone. That's less than one interaction per mile and all at distance.

We will muddle through this but the more people think about what they are doing, the less damage will be done.