When did Momentum Magazine Lose Its Balls? 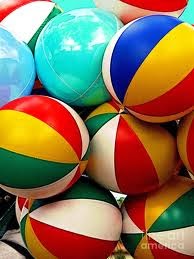 Interesting exchange on John Allen's Bicycle Blog regarding Momentum Magazine's recent blog post "Support for Better Biking is Strong". John, as well as yours truly and several others, noted some failings of the photo shown on the Mo article linked above, including that the two cyclists shown in the picture are cycling in a deeply debris strewn facility, thus asking for an unexpected meeting with Mr. Pavement. Does a neglected facility argue for support for cycling being "strong"?

Momentum deleted all the comments, with Momentum Managing Editor (and author of the article in question) Duncan Hurd referring to the comments as "concern trolling" on Mr. Allen's own blog. To which I reply that such a response is little better than an ad hominem attack on the commenter rather than a refutation of the critique.


Description of Ad Hominem
Person A makes claim X.
Person B makes an attack on person A.
Therefore A's claim is false.

Mr. Allen (MIT engineering graduate, prolific bike safety author, former LAB board member, LCI, expert witness, longtime formally recognized technical advisor on infrastructure), is critical, but far from an unwavering opponent, of facilities. Readers of his site find him far more nuanced. What he lampoons are poorly done examples and in this case, a photo that argues for facility construction while showing not only a poorly maintained example, but of cyclists portrayed as oblivious to the difference. As far as deleting comments, that is common these days as comments in the blogosphere have often degenerated to attacks, profanity, obscenity, threats, and other examples of poor citizenship. Simply disagreeing with someone, without being overtly disagreeable, is a far cry from all of that, but it is not my magazine to manage.

My own comment, since deleted, pointed out that the one-way nature of the roads at the intersection as shown in the blog post actually argued for its relative safety in terms of traffic control, since hooking and crossing crashes were less likely given the traffic layout. On the other hand, the debris strewn path indicated a lack of maintenance by the municipality where the photo was shot, thus increasing the chances of a crash due to an unmitigated encounter with hidden debris, wet leaves, or roadway irregularities. I commented, sensu lato, that it is just as important to maintain a facility as it is to build it. Context sensitive design is critical as well. As a video on Allen's site points out, the road in question reverts to two-way later on, resulting in the usual intersection hazards and/or low level of service exhibited by cycletracks. Let the buyer beware is all I can add.

If one cannot poke holes in flawed execution, one is failing cyclists rather than supporting them. One would expect better from a mag that so strongly endorses facility construction and which is itself endorsed, via choice of Board members as well as offerings of subscriptions to members, by the LAB. The problem is, once facilities are built, change is harder. Meanwhile, cyclists are often stuck with poor examples due to political and social pressure to use them. New cyclists count on them for their proponent's claims of safety and attractiveness. We have to deliver on that promise of safety in design, construction, and maintenance. Here in Los Alamos, we promptly fixed that poor example, mainly because we are a small and thoughtful community and worked together. Uncritical cheer-leading has limits to its usefulness.

Seems Mo has gotten a bit thin skinned. I originally was quite excited by a new bike magazine not so heavily devoted to the bike as toy/spandex crowd but to the rest of the world. My enthusiasm is slightly diminished by this exchange. Mo's editorial board is welcome to support the policies they wish to support. Ad hominem attacks on critics, however, should be beneath the dignity of a good magazine. 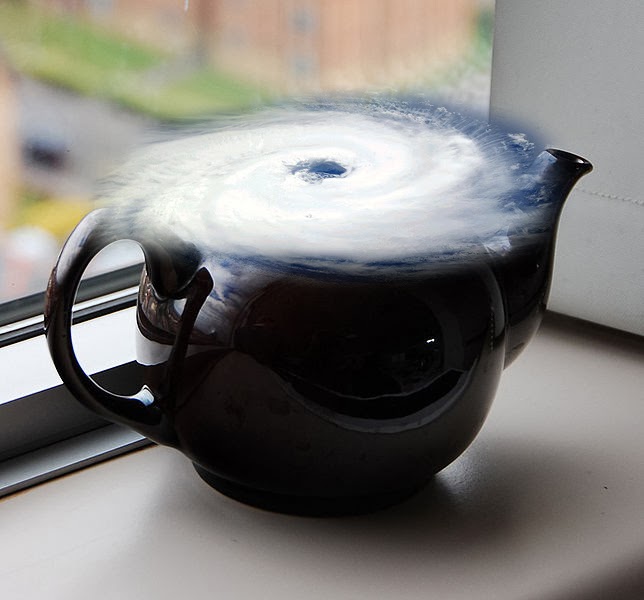 Till You Pry My Handlebars From My Cold, Dead Hands.

The ideological kerfluffle this exposes is nothing new. The battle between "Paint and Path" vs. "Vehicular Cycling" is an oversimplification, but it goes to a deeper topic that has less to do with the bike than with one's worldview. To the new urbanists, the bicycle is a tool to replace the despised car. Biking for the People is an expression of that politic, somewhat akin to Five Year Plans, and a cycletrack is a means, however imperfect, to a political end. To that true believer, criticism of these facilities amounts to "... fishing for controversy where it does not exist." because to the true believer, no fault could possibly be found with the underlying worldview. To die hard opponents of facilities, these policies and structures restrict and cheapen what already works, i.e., unfettered access to the road, albeit roads that need physical and political improvements, for competent cyclists. Sort of a cycling analogy to that old "from my cold, dead, hands" quote. Through such prisms, almost any topic takes on hidden agendas. Bike education isn't bike education, but a battle between those who see it as empowerment vs. those who see it as elitism.

My problem with facilities, as someone who has ridden as a commuter in cities, is rather simple: I've seen a lot of lousy ones. To a competent cyclist, a policy of providing separate facilities restricts one's options when they become de-facto requirements for travel, i.e., once that cycletrack is built and paid for, there is both legal and social pressure to use it and stay off the main travelway.  Further, the main travelway will no longer be seen as a cycleway but as a motorway. That simply doesn't work for me.  I would prefer solutions that make the roads more civilized rather than solutions that carve out separate restricted space. The problem is, America is not a cycling culture. Perhaps may never be. Cycletracks and their kin will usually be relegated to the space not used by motorists or result in pitched battles for more useful space, thus they tend, like apartheid and its kin, to be both separate and unequal, as Jack notes in a comment on Allen's site. One cannot remake the U.S. into Copenhagen simply by building tracks. One has to address the last fifty years of car based culture--inexpensive gas, zoning and transportation policies, human expectations and cultural practice, and sprawl. And not just with a bigger hammer.

Cycling remains the perfect parsimony to the human being and motion, at least on some scales. Efforts to make cycling more accessible, through policies, social change, and infrastructure improvements, must be accomplished. Let's just keep our eyes open and as Mr. Allen would say, avoid the notion that there are magic carpets out there waiting for us. Good facilities exist in a variety of forms including separated facilities, bicycle boulevards, and just plain old roads designed to be shared. The mark of a good facility isn't bollards or tree pots, but a close examination of how it works in its surrounding environment.

If you want a good view of that cycletrack in the Momentum article, both John Allen and Keri Caffrey have ridden it with bicycle cams. Their videos are posted on John Allen's latest blog entry.

Also, Jack Hughes left an educational link, reproduced here, over at John Allen's site that links to a good pdf put out by Bike Austin that shows the conflict points on a cycletrack. Good reading. It shows clearly that cycletracks act as "bicycling sidewalks" and must be managed accordingly. Bike Austin seems to be in the facilities movement, but at least that flyer is somewhat honest about the conflicts.
Posted by Khal at 9:28 PM